Warfare continues to become more professional and dehumanized every day.

The purpose of Extraordinary Edition is being revisited for winter, headed into 2013. U.S. foreign policy, Central Asia and the Middle East remain key focal points. Economics and culture on your front doorstep are coming into focus here.

U.S. Secretary of Defense Robert Gates flew to Pakistan in late January to discuss CIA drone attacks (mentioned here extensively in other entries) and furnishing unarmed drones to Pakistan's military for the purpose of additional surveillance.

A reiteration: what's going on, exactly? What is the change in language from "War on Terror" and "War in Afghanistan" to "AfPak" and "AfPak War" supposed to mean? A sudden glitch in CNN word choice that's not supposed to raise any suspicion or questions about a grossly overfinanced, murderous and poorly timed, poorly focused and seemingly unending act of aggression in Pakistan, a part of the world that is not part of the deal in the war launched in Afghanistan at the end of 2001 might potentially raise questions of at least legality.

Apparently in the age of globalization and asymmetrical warfare, "Wherever Taliban and Al Qaeda fighters may or may not be" is a metageographical location and the postmodern interpretation of international and U.S. law of the moment follows the actions of military operatives who were once under mandate of the state system before the borders became porous.

The article on the Foreign Policy Blog Network's Pakistan site is written by Zainab Jeewanjee, who comments in a chilling tone, "It’s been a polarizing issue from the onset because while it’s convenient to fly unmanned CIA predator aircraft over potential terrorist havens, they result in significant civilian casualties, and displaced persons. So it’s no surprise that over a year later, reconciling their use in Pakistan is still on the agenda." Try reading this passage again, replacing the word "convenient" to whatever you imagine and switch out "civilian casualties" for something similar but sounding more like "innocent Americans." Why are we talking about civilians like this in any country? Shouldn't we be talking about due process or even war crimes tribunals?

Wow. Very insightful. You raise some pressing questions, from the vague Af-Pak terminology to the heightened stakes in globalized warfare. Demonstrates gaps that need to filled on all ends in our War on Terror.

Also, thanks for the citation of my work at the Foreign Policy Association. You took the effort to spell my name right...That's always appreciated :)

CIVIC: The Campaign for Innocent Victims of Conflict

Campaign for Innocent Victims in Conflict works on behalf of war victims by advocating that warring parties recognize and help the civilians they harm. CIVIC supports the principle that it is never acceptable for a warring party to ignore civilian suffering.
In 2005, CIVIC’s founder Marla Ruzicka was killed in Iraq by a suicide bomb while advocating for families of victims. CIVIC honors her legacy and strives to sustain her vision.

The Project on Extrajudicial Executions

The Project on Extrajudicial Executions carries out factual, legal, and policy research into issues related to unlawful killings around the world. It provides support to the mandate of the United Nations Special Rapporteur on extrajudicial executions, Professor Philip Alston.

If you'd like some help tracking U.S. activity in Pakistan resulting from the U.S. military presence in Afghanistan, you might be interested in bookmarking this page or signing up under the "Follow" feature to receive email alerts.

Extraordinary Edition has added a keyword list at the bottom of this page.

1. You're interested in U.S. military and intelligence activities in Pakistan and Afghanistan and would like to "follow" what's happening there.
2. You only want to read up to four posts a day to maybe three in a week.
3. You want detailed link, source and author information so you know the media profile of the information you are receiving.
4. You want to support an endeavor that is strictly dedicated to getting information out about topics included herein that focuses on growth for the sake of reaching interested parties with topics for discussion in your community.
... simply select the "FOLLOW" tab at top left to receive email alerts, and THANK YOU for supporting Extraordinary Edition.

Even if you love freedom more than anyone, you're not gonna love these numbers unless you're on the board of directors at Raytheon, Lockheed Martin, Honeywell, General Dynamics, Colt, Northrop Grumman, McDonnell Douglas, Boeing, etc., etc. 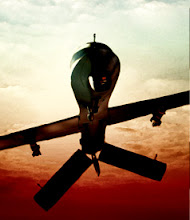 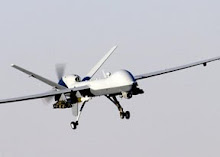 The last thing seen by a child living in a "tribal area."

This BBC map of Pakistan is superior. 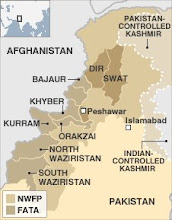 Orakzai was the center of summer 2010's offensive

This map of Pakistan is also exceptional

If you haven't seen the Iraq helicopter attack video on Wikileaks ...

A video of a 2007 U.S. Marine attack on Reuters journalists and Iraqi civilians.

The U.S. bases on Diego Garcia in the Indian Ocean

According to Pilger, Britain used Diego Garcia for colonial purposes.

Collin
I enjoy writing essays, and I put them here for the sake of their actually being read by someone.